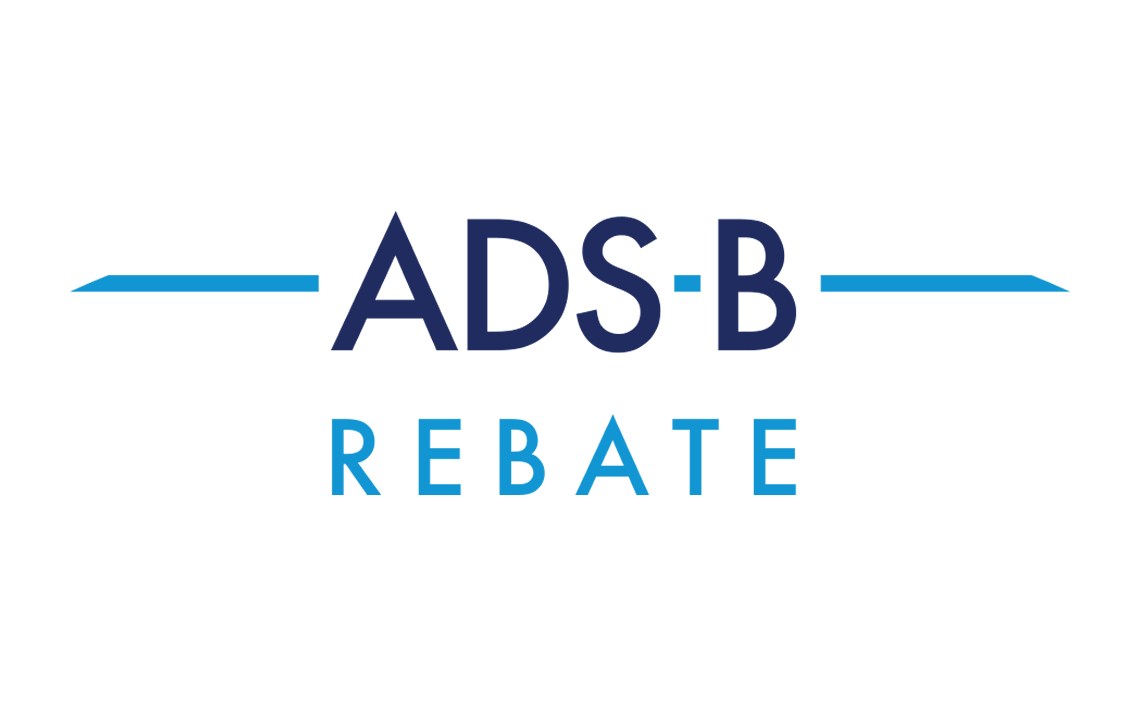 The Federal Aviation Administration announced this afternoon that its ADS-B rebate website will go live on Monday, Sept. 19, which will allow many general aviation aircraft owners the opportunity to apply for a $500 rebate to help offset an owner's cost to equip U.S.-registered, fixed-wing, single-engine piston aircraft with avionics that comply with FAA technical standard orders and meet the rule requirements.

The Aircraft Electronics Association will assist the FAA in the program's administrative process by issuing the $500 rebates to qualifying aircraft owners.

Click here or read below to see the FAA's announcement in its entirety.

On September 19, 2016, the FAA's Automatic Dependent Surveillance-Broadcast (ADS-B) rebate website will go live, and general aviation aircraft owners will have the opportunity to apply for a $500 rebate to help offset the cost to equip eligible aircraft in a timely manner, rather than waiting to meet the mandatory equipage date.

"NextGen has played and will continue to play an important role in ensuring that our airspace is safe and efficient for the American people, and we are focused on achieving its full potential," said U.S. Transportation Secretary Anthony Foxx. "This incentive program is an innovative solution that addresses stakeholder concerns about meeting the 2020 deadline, and will make a huge difference in helping the general aviation community equip."

ADS-B is a foundational NextGen technology that transforms aircraft surveillance using satellite-based positioning. ADS-B Out, which is required by January 1, 2020, transmits information about a plane's altitude, speed, and location to air traffic control and other nearby aircraft. ADS-B In allows aircraft to receive traffic and weather information from ground stations and to see nearby aircraft that are broadcasting their positions through ADS-B Out. Owners can choose to install only ADS-B Out equipment to meet the 2020 requirement, or they can purchase an integrated system that also includes ADS-B In.

On June 6, 2016, Secretary Foxx and FAA Administrator Michael Huerta announced that the rebates would be available starting this fall, and that only installations performed after the program launched would be eligible for the rebate. Previously equipped aircraft will not be eligible. The $500 rebate will help offset the cost of purchasing required avionics equipment, which is available for prices as low as $2,000.

Beginning this month, the FAA will issue 20,000 rebates on a first-come, first-served basis for one year or until all 20,000 rebates are claimed -- whichever comes first. The rebate is available only to owners of U.S.-registered, fixed-wing, single-engine piston aircraft that were first registered before January 1, 2016. The FAA will not provide rebates for software upgrades on already equipped aircraft, or for aircraft for which the FAA has paid or committed to upgrade.  The FAA estimates that 160,000 aircraft need to be equipped by the deadline.

"We promised that we would help aircraft owners equip with ADS-B, and I am pleased to say that today we are honoring that commitment and we are delivering on our target date," said Huerta. "We are encouraging aircraft owners to start equipping now. Do not wait until the last minute, because you may not be able to get an appointment with a certified installer."

Aircraft owners who have a standard airworthiness aircraft may have a repair station or an appropriately-licensed A&P mechanic install the ADS-B equipment. Owners of aircraft certificated as experimental or light sport must adhere to applicable regulations and established standards when installing ADS-B equipment.

The FAA published a final rule in May 2010 mandating that aircraft flying in certain controlled airspace be equipped with ADS-B Out by January 1, 2020. That airspace is generally the same busy airspace where transponders are required today. Aircraft that fly only in uncontrolled airspace where no transponders are required, and aircraft without electrical systems, such as balloons and gliders, are exempt from the mandate.

More information about equipping and the rebate program is available on the following websites: