To help incentivize owners of general aviation aircraft to meet the Federal Aviation Administration's ADS-B Out mandate, the Aircraft Electronics Association recently awarded five aircraft owners with $1,000 toward an ADS-B compliant upgrade during the Experimental Aircraft Association's AirVenture in Oshkosh, Wisconsin, which took place July 20-26. This year marks the second consecutive year the AEA has made the award available to five aircraft owners at AirVenture.

Hundreds of aircraft owners visited the AEA’s AirVenture booth in Hangar B at Wittman Regional Airport and registered for a chance to win one of the awards. Each winner must use an AEA-member avionics shop to complete the installation, which must be scheduled no later than Aug. 1, 2016.

“The avionics repair shop industry in the U.S. has only 53 months remaining to equip the entire general aviation fleet of more than 100,000 aircraft with ADS-B Out equipment,” said AEA President Paula Derks. “Aircraft owners who wait to equip will face scheduling pressure and higher installation costs as we get closer to the deadline. By awarding $1,000 to five different aircraft owners to help them become compliant sooner rather than later, the AEA hopes to send a message to owners of general aviation aircraft that the time to act and upgrade is now.” 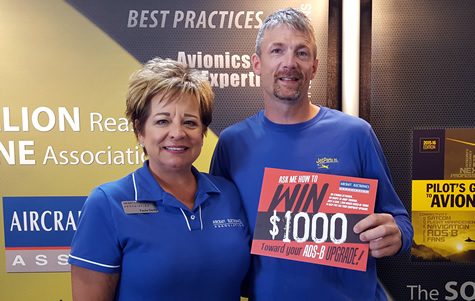 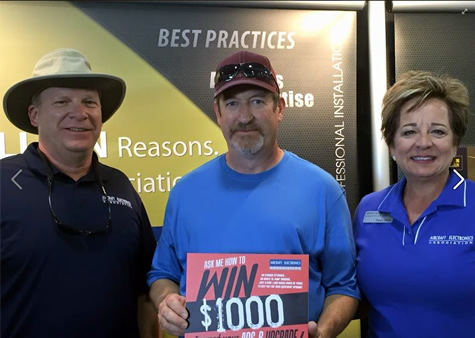 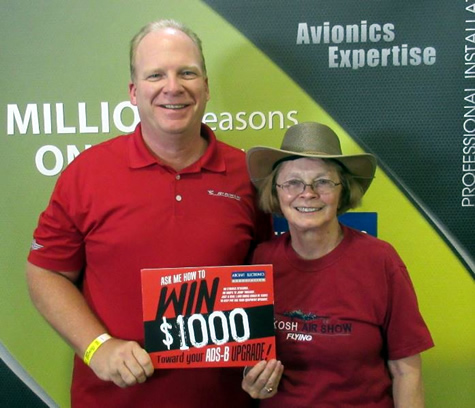 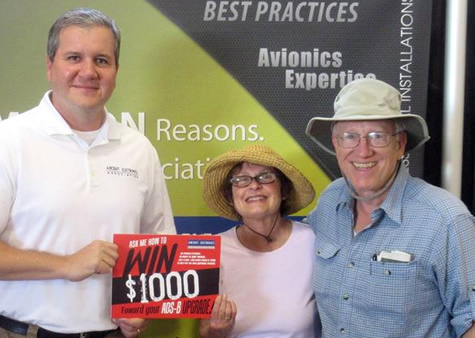