LEE'S SUMMIT, MISSOURI, July 9, 2019 -- Published annually by the Aircraft Electronics Association, the 2019-20 edition of the AEA Pilot's Guide will be unveiled with free distribution at the Experimental Aircraft Association's AirVenture Oshkosh in Wisconsin, July 22-28. AEA staff members will distribute thousands of complimentary copies to pilots and aircraft owners at the AEA's AirVenture booth, No. 2035/2036 in Hangar B at Wittman Regional Airport. 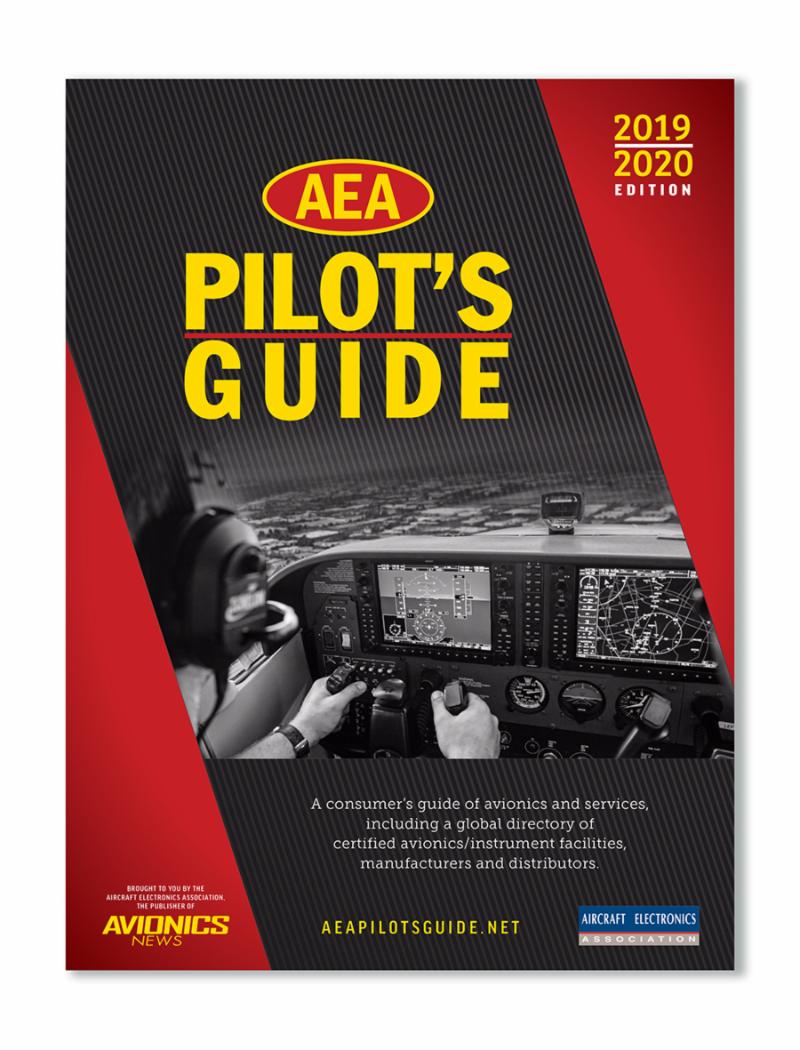 This year marks the 17th annual edition of the AEA Pilot's Guide, a consumer's directory loaded with educational articles, timely information and data about the ever-changing world of avionics technologies. The publication helps pilots and aircraft owners make better buying decisions and locate nearly 1,300 AEA member companies in more than 40 countries, including government-certified repair stations specializing in maintenance, repair and installation of avionics and electronic systems in general aviation aircraft. It also includes the manufacturers and distributors of these products, as well as technical schools and universities, engineers and consultants for the industry.

In addition to the initial distribution at EAA AirVenture Oshkosh, thousands of copies of the AEA Pilot's Guide will be distributed at several industry trade shows and to all AEA member companies at no charge.

Individuals residing in the United States may request a free copy of the AEA Pilot's Guide at aeapilotsguide.net/request.asp while supplies last.