LEE'S SUMMIT, MISSOURI, April 13, 2020 -- Two prestigious industry awards were announced today, and each recipient will be honored during one of the AEA Connect Conferences scheduled for later this year. Each award winner was selected in a vote by the full AEA membership, which means the winners are truly recognized by their peers for their service and participation in the industry and the association.

Miesbach always had an interest in aviation and attended Southeast Community College in Lincoln, Nebraska, to obtain an associate degree in electronic engineering technology. Upon graduation in 1982, Miesbach began his career as an avionics technician with Lincoln Avionics. At the time, Lincoln Avionics was partly owned by Duncan Aviation and provided avionics support to general aviation aircraft.

In 1985, when Lincoln Avionics was liquidated, the corporation was transitioned into Duncan Aviation. Miesbach transferred to Duncan Aviation installing new avionics systems on business aircraft such as Citations and Learjets.

Miesbach's first introduction to the AEA was at a regional meeting in Lincoln, Nebraska, in the early 1980s. It was an eye opener for a young technician soon realizing the value the AEA brings to the industry. Since then, he has been a regular attendee at AEA events and has coordinated and supported training sessions at the AEA Conventions and Connect Conferences with his team.

To watch a video that honors Miesbach, click here. 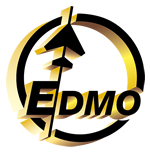 2020 AEA Associate Member of the Year: EDMO Distributors
In 1971, avionics shop owners Ed Lansberg and Morris Brown identified the need for a dependable avionics distributor in California. They agreed to form a partnership, and EDMO was born. The company soon became the distributor for the renowned manufacturer of avionics test equipment, IFR Systems (once Aeroflex, now part of VIAVI Solutions).

During the next two decades, EDMO became an integral partner for avionics shops and avionics manufacturers throughout the United States and Canada. Wire, cable and installation supplies were quickly added to the growing list of products and services offered.

In 1993, EDMO moved its operation to Spokane, Washington, and within six years built its new headquarters where the business operates today. Since then, the company has grown to be a global supplier to the aviation industry with customers in more than 180 countries. Always looking for a way to better serve the needs of its valued customers, EDMO opened a warehouse in Nashville, Tennessee, in 2017.

Since its beginning, EDMO Distributors has enjoyed its status as a member of the AEA. The company exhibits and often sponsors events at the AEA International Convention & Trade Show and the AEA Connect Conferences throughout the year. EDMO has been a member of the AEA since May 1977.

To watch a video that honors EDMO Distributors, click here.