AEA Names 2013 Member and Associate Member of the Year

LAS VEGAS, NEV., March 27, 2013 -- Kent McIntyre of Bevan-Rabell Inc. in Wichita, Kan., is the 2013 Member of the Year for the Aircraft Electronics Association; while top honors in the Associate Member of the Year Award category went to Sandia Aerospace of Albuquerque, N.M., during ceremonies at the AEA's annual Awards Luncheon on March 27. 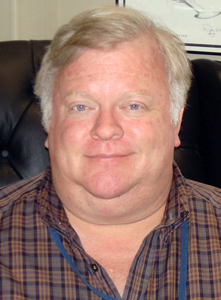 Kent McIntyre of Bevan-Rabell Inc. was first introduced to the world of aviation by often flying with his uncle, a World War II pilot, in the 1970s. He began taking flight lessons in the summer of 1976, and it wasn't long until he was working and pumping gas at the airport in Wellington, Kan.

McIntyre attended Southwestern College in Winfield, Kan., and later earned a bachelor's degree in business at Newman University in Wichita, Kan., in 1983.

He worked for Mike Kelley Aircraft, now Air Plains Services, for several years. In 1989, he began working for Bevan-Rabell as the shop manager with virtually no avionics experience except flying. He served as an avionics and sales manager until 2001, and he then bought the business from Bob Patterson.

An AEA member since September 1986, Bevan-Rabell is an FAA-certified repair station located at the Wichita Mid-Continent Airport.

McIntyre has been actively involved with the AEA for a number of years, previously serving as a member of the AEA board of directors.

The nominees for the 2013 AEA Member of the Year were: Stewart Dimon of Texas GYRO; David Loso of Jet Aviation St. Louis; McIntyre; Dan Rice of Flightcraft; Mark Wilken of Elliott Aviation; and Greg York of Pippen-York Inc.

The recipient of the 2013 AEA Associate Member of the Year Award was founded in 1997, by a group of avionics professionals to provide high-quality avionics products to general aviation, corporate aviation and regional airline markets.

An AEA member since 1998, Sandia Aerospace actively participates in the annual AEA International Convention and Trade Show and the various AEA Regional Meetings that take place around the world.

Sandia's founder, Dennis Schmidt, has been an active participant in AEA events and activities for more than 30 years, when he was employed by King Radio, Foster AirData and Terra Avionics. Schmidt has also served as a member of the AEA board of directors.