LEE'S SUMMIT, MO., Feb. 21, 2014 – One of the most popular sessions each year is the AEA Opening Ceremonies, which includes the AEA New Product Introductions. This must-see event continues to draw the attention of the entire general aviation community, and this year is no different as the Aero-News Network will be live-streaming the AEA Opening Ceremonies and New Product Introductions around the world on the Internet for the fifth straight year.

The opening session is sponsored by Universal Avionics Systems Corp. and will take place Thursday, March 13, at the Gaylord Opryland Resort & Convention Center in Nashville, Tenn., beginning at 8:30 a.m. CDT. The new product introductions will begin immediately following the keynote address from Sean Tucker, a member of the National Aviation Hall of Fame.

“ANN’s live coverage of the opening session has helped make this event the primary launching pad for companies to unveil the latest and greatest in new avionics products and services coming to market for the current year,” said Paula Derks, AEA president. “It helps these companies share their success stories in their own words. The general aviation industry looks forward with greater anticipation each spring to discover, face-to-face, what’s new for all things avionics. Convention attendees also will be able to take advantage of more than 75 hours of regulatory, technical, and business management training, and it truly is the biggest training week in the avionics industry. We look forward to a full week of networking and training taking place at the Gaylord Opryland Convention Center in Nashville, March 12-15.”

Each NPI presentation will be syndicated by ANN to dozens of popular E-media and aviation websites, such as YouTube, and ANN will produce live programming throughout the week and conduct high-tech interviews from the AEA Exhibit Hall floor for even greater exposure.

“Our coverage of the annual AEA International Convention and Trade Show is a pivotal effort,” said Jim Campbell, ANN editor-in-chief. “No other aspect of aviation has boasted the aggressive growth, progress and innovation as we’ve seen from the avionics industry. As a result, it behooves us to make sure that the content and the processes we use to cover this industry are every bit as innovative and exciting. The 10 hours of Aero-TV live coverage represents a tightly focused time period in which more real news is made in a few rapid-fire minutes than we see in the course of an average news week.”

In addition to the live high-definition coverage of the opening session, Aero-News recently announced plans to broadcast two other live programs from the AEA Exhibit Hall, which will take place the afternoons of March 13-14. Each three-hour program will provide more coverage of the new products coming to the marketplace, along with topics like the NextGen GA Fund and various regulatory issues.

Aero-News also expects to have the services of three guest commentators who are well-known in the general aviation community. Phil Boyer, past president of the Aircraft Owners and Pilots Association and an active general aviation pilot, is expected to join the broadcast team along with Redbird Flight Simulation's Jerry Gregoire and Kestrel Aircraft CEO Alan Klapmeier. Gregoire has impacted the flight training community with innovative products, while Klapmeier was part of the development of the Cirrus SR20 and SR22 and is in the process of building a new general aviation company based around an innovative single-engine turboprop.

The AEA International Convention & Trade Show is the preeminent venue dedicated solely to the general aviation avionics industry. Not open to the public, this event's primary focus is providing avionics professionals with educational and marketing opportunities, as well as training and networking among equipment manufacturers, distributors, technicians and owners of government-certified repair stations. The event is the platform of choice for the introduction of new avionics products.

Viewers around the world may watch the live coverage at www.aea.net/convention and www.aero-news.net/live. 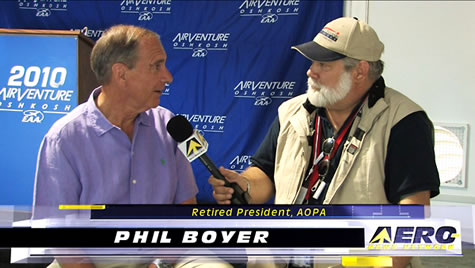 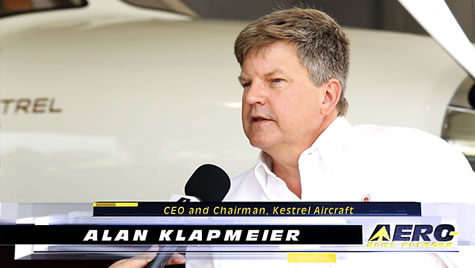