With several new avionics products set to debut, the four-day event is the largest wholesale avionics show in the general aviation industry.

The AEA Convention is the preeminent venue dedicated solely to the general aviation avionics industry. Not open to the public, this event's primary focus is providing avionics professionals with educational and marketing opportunities between equipment manufacturers, distributors and government-certified repair stations. The general aviation avionics community knows the AEA Convention is a must-attend gathering for growing their businesses, training their technicians and meeting with their dealer network.

The city of Nashville, Tenn., plays host to this year's event. Avionics professionals will experience the following highlights during the week, just to name a few. 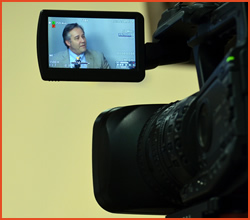 One of the most popular sessions each year is the AEA Opening Ceremonies, sponsored by Universal Avionics Systems Corp., and the AEA New Product Introductions. This must-see event takes place Thursday, March 13, and it continues to draw the attention of the entire general aviation community. This year is no different, as the Aero-News Network will be live-streaming the AEA Opening Ceremonies and New Product Introductions for the fifth straight year.

In addition, each NPI presentation will be syndicated to dozens of popular E-media and aviation websites, such as YouTube, and ANN will produce live programming throughout the week and conduct high-tech interviews from the AEA Exhibit Hall floor for even greater exposure.

The nominees for the 2014 AEA Member of the Year are:

The nominees for the 2014 Associate Member of the Year are:

"The AEA is thrilled to be in Nashville for our 57th International Convention & Trade Show," said Paula Derks, AEA president. "Our attendees will have the opportunity to network with their industry peers and keep up-to-date with industry trends by seeing new products with the major suppliers under one roof. In this new world of social media, text messaging, emailing and webinars, one thing remains constant: Our attendees still want to see, touch and talk product face-to-face." 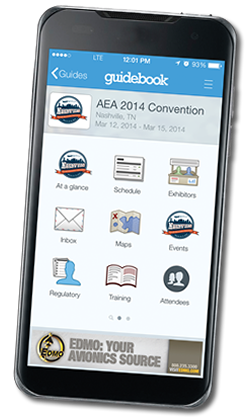 For more information and a complete schedule of events, along with directions to download the AEA Convention mobile app sponsored by EDMO Distributors, click here.