AEA Names 2014 Member and Associate Member of the Year

NASHVILLE, TENN., March 14, 2014 -- Michael Kus of Avionics 2000 Pty. Ltd. in Melbourne, Victoria, Australia, is the 2014 Member of the Year for the Aircraft Electronics Association; while top honors in the Associate Member of the Year Award category went to PS Engineering of Lenoir City, Tenn., during ceremonies at the AEA's annual Awards Luncheon on March 14. 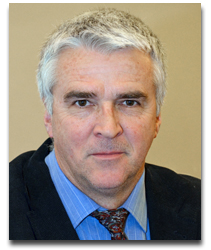 Michael J. Kus is the founder and director of Avionics 2000 Pty. Ltd., based in Melbourne, Victoria, Australia. Since its conception in 1988, the company has grown and diversified to its present-day status as a full-service provider, including avionics, aircraft operation and airframe engine. This expansion has elevated Avionics 2000 to what is now, arguably, the largest privately-owned avionics equipment retailer and maintenance provider for general aviation aircraft in Australia. Kus is proud to have pioneered his company as the first in Australia to fit and certify TCAS in a business aviation environment (September 1999), and the first to obtain aircraft certification for primary means oceanic navigation using GPS (November 1999).

Prior to starting Avionics 2000, Kus served six years with the Victoria Police Force, Police Air Wing. He became a licensed aircraft maintenance engineer (LAME) in 1986 while serving with the police and is credited for orchestrating the avionics plan for its air ambulance service in 1985. His passion for aviation was launched in 1976, when he joined the Royal Australian Navy. He received avionics technician apprenticeship training with the Australian Navy Fleet Air Arm and trained as an electrical fitter. While concurrently serving his country, Kus received honors in 1982 from the Department of Technical and Further Education, NSW, for completion of its electronics and communications course.

Avionics 2000 has been a member of the AEA since December 1994. Kus is currently serving his third term on the AEA's board of directors, representing the Asia-Pacific region.

Kus has a strong bond with the AEA and its members and is dedicated to the technological and regulatory progression of this industry that he is so passionate about. When he's not immersed in his work, Kus enjoys spending time in Tasmania with his wife, Kimberly, and 6-year-old twins, Luca and Jacqueline.

The nominees for the 2014 AEA Member of the Year were: Ron Hainsworth of Gulfstream Aerospace; Kus; Michael Schooley of Southeast Aerospace Inc.; Jimmy Temple of Temple Electronics Co.; and Brian Wilson of Banyan Air Service.

2014 AEA Associate Member of the Year: PS Engineering
PS Engineering, the recipient of the 2014 AEA Associate Member of the Year Award was founded 29 years ago by Mark Scheuer, and it has evolved from a portable intercom company to a fully-fledged avionics manufacturer. The company was formed when Scheuer purchased a 1971 Grumman AA-1A, and was singularly disappointed with the lack of a good intercom. With an understanding of the importance of cockpit communication for training, crew resource management and general pleasure flying, Scheuer sought the aid of the best engineer he could find. And from that, the portable Aerocom intercom was developed.

Since 1985, the company has been committed to providing general aviation pilots with audio solutions in the cockpit as well as in the cabin, and it is devoted to supporting a network of more than 600 dealers worldwide, most of which are AEA members.

The company credits its success to listening and paying close attention to its dealer network. When the company first entered the panel-mount intercom business in 1990, one of the first contacts Scheuer made was with Monte Mitchell, then president of the AEA. From their conversations, he learned the value of the organization, but also the importance of personal connection with the members and the networking opportunities available at the annual AEA International Convention and AEA Regional Meetings.

Gary Picou, PS Engineering's executive vice president, who is completing a nine-year tenure on the AEA board of directors and is chairman of the AEA Government & Industry Affairs Committee, has brought 35 years of avionics experience to the company. The strength Picou brings has helped make it a company that is highly regarded within the industry.

PS Engineering's only business is as a general aviation avionics manufacturer, focused on aircraft audio systems. In its facilities near Knoxville Tenn., it employs 15 people both in design engineering and electronic manufacturing, as well as in maintaining an FAA-certified repair station. PS Engineering's product line includes panel-mounted intercoms (including an LSA-specific stereo intercom and high-noise systems), and audio control panels for a broad range of aircraft. Throughout the years, it has received awards from the aviation press for product innovations.

The company is proud of its ability to deliver most of its products off the shelf, as a service to aid the dealers. The company's Pro-Support industry-leading warranty and product support brings the dealer a no-questions-asked warranty program. Users and installers will always get an experienced voice, often the company founder, on the line with any needed answers.

PS Engineering has forged partnerships with other avionics and aircraft manufacturers to provide custom audio solutions, including Avidyne, BendixKing, Honeywell, L-3 and Eclipse Aerospace. With the sheer volume of products of all sorts shipped from its East Tennessee factory, it's no wonder why so many airplanes on the ramp have PS Engineering products. It's easy to see the impact this company has had over the years in AEA members' business. According to the company, AEA members should expect to see more innovation from PS Engineering in 2014.

An AEA member since 1991, this marks the second time PS Engineering has been named the AEA Associate Member of the Year, as it won the award for the first time in 1997.