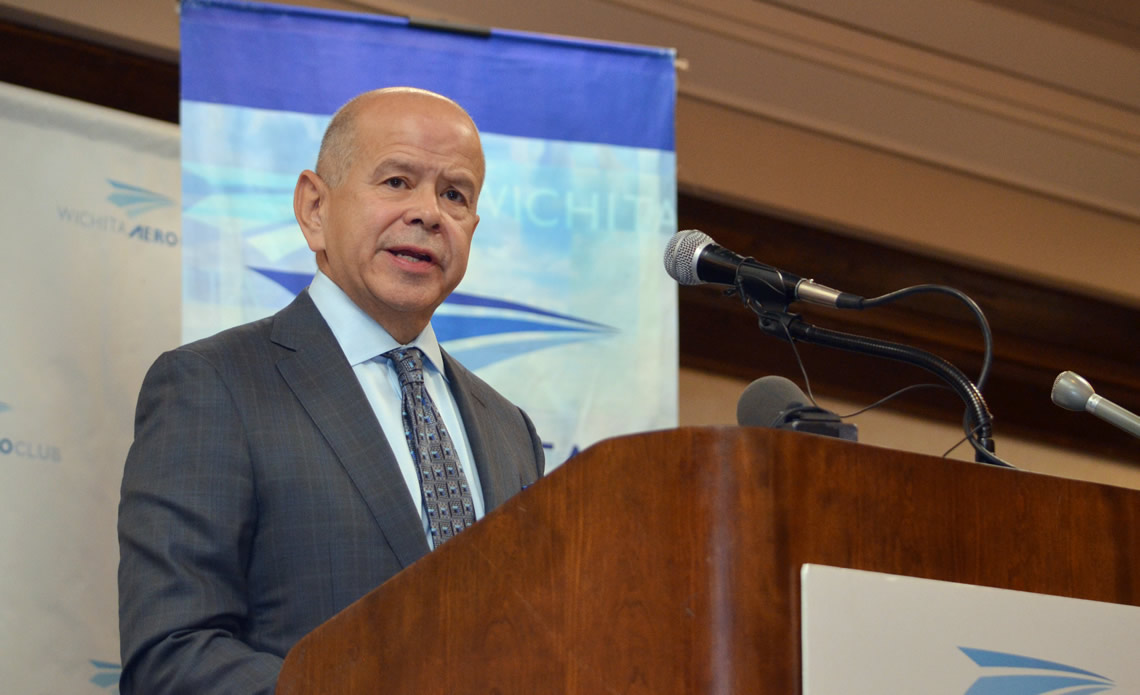 Automatic Dependent Surveillance-Broadcast (ADS-B) is a foundational technology for the FAA's NextGen program that modernizes the air traffic control system in the United States. It is comprised with a suite of technologies and procedures that will transform aircraft surveillance by using satellite-based positioning.

The FAA published a final rule in May 2010 mandating that aircraft flying in certain controlled airspace be equipped with ADS-B Out by Jan. 1, 2020. That airspace is generally the same busy airspace where transponders are required. Aircraft that fly only in uncontrolled airspace where no transponders are required, and aircraft without electrical systems, such as balloons and gliders, are exempt from the mandate.

According to the FAA, it will announce the effective date soon, and the $500 rebate will help offset an owner's cost to equip U.S.-registered, fixed-wing, single-engine piston aircraft with avionics that comply with FAA technical standard orders and meet the rule requirements. The FAA is not offering rebates for software upgrades for aircraft already equipped, for new aircraft, or for aircraft for which the FAA already has paid or committed to upgrade. The FAA will be able to distribute 20,000 rebates -- one rebate per aircraft owner. The FAA is encouraging owners of fixed-wing, single-engine piston aircraft to apply as soon as the program is launched this fall because the rebates are available on a first-come, first-served basis for one year, or until all 20,000 rebates are claimed, whichever comes first. The FAA estimates that as many as 160,000 aircraft need to be equipped by the deadline.

"I applaud the FAA for creating a rebate incentive program to help aircraft owners meet the Jan. 1, 2020, mandate," said AEA President Paula Derks. "With competitive prices across the board for equipment and a $500 rebate for a limited time for up to 20,000 purchases, we anticipate the installation pace for eligible equipment will pick up dramatically in the next several months. The avionics repair shop industry in the U.S. has less than 43 months remaining to equip the entire general aviation fleet of more than 100,000 aircraft with ADS-B Out avionics equipment. Aircraft owners who wait to equip will most likely face scheduling pressure and higher installation costs as we get closer to the deadline. The FAA's rebate incentive will help aircraft owners become compliant sooner rather than later."

"We are pleased that the FAA is offering a rebate program to provide some relief for aircraft owners who install ADS-B Out equipment, and we hope the general aviation community will take full advantage of this opportunity," said AOPA President Mark Baker. "The cost to equip has been a significant sticking point for many GA aircraft owners as they try to meet the FAA's 2020 mandate. By helping to defray that cost, this program could make a difference for aircraft owners who want to continue to have access to the airspace they use today."

"GAMA is very pleased that the FAA is offering this $500 rebate to accelerate equipage rates and facilitate increasing numbers of operators to garner the safety benefits of ADS-B technology," GAMA President and CEO Pete Bunce said. "By equipping their aircraft with ADS-B, operators will have access to enhanced surveillance -- a critical safety feature as more and more Unmanned Aircraft Systems share the skies with GA pilots. Additionally, ADS-B technology offers pilots greater situational awareness, as well as free in-cockpit traffic and weather. While the numerous benefits of ADS-B technology are crystal clear to the thousands of operators who have already equipped, we hope this incentive will encourage others who have been waiting to install ADS-B equipment to act as soon as possible."

Since 1939, the Aircraft Owners and Pilots Association (AOPA) has protected the freedom to fly by creating an environment that gives people of all ages the opportunity to enjoy aviation and all it has to offer. As the world's largest community of pilots and aviation enthusiasts with representatives based in Frederick, Maryland, Washington, D.C., Wichita, Kansas, and seven regions across the United States, AOPA's events, initiatives, and services bring current and future pilots together and make aviation more accessible to everyone. To learn more, visit www.aopa.org.