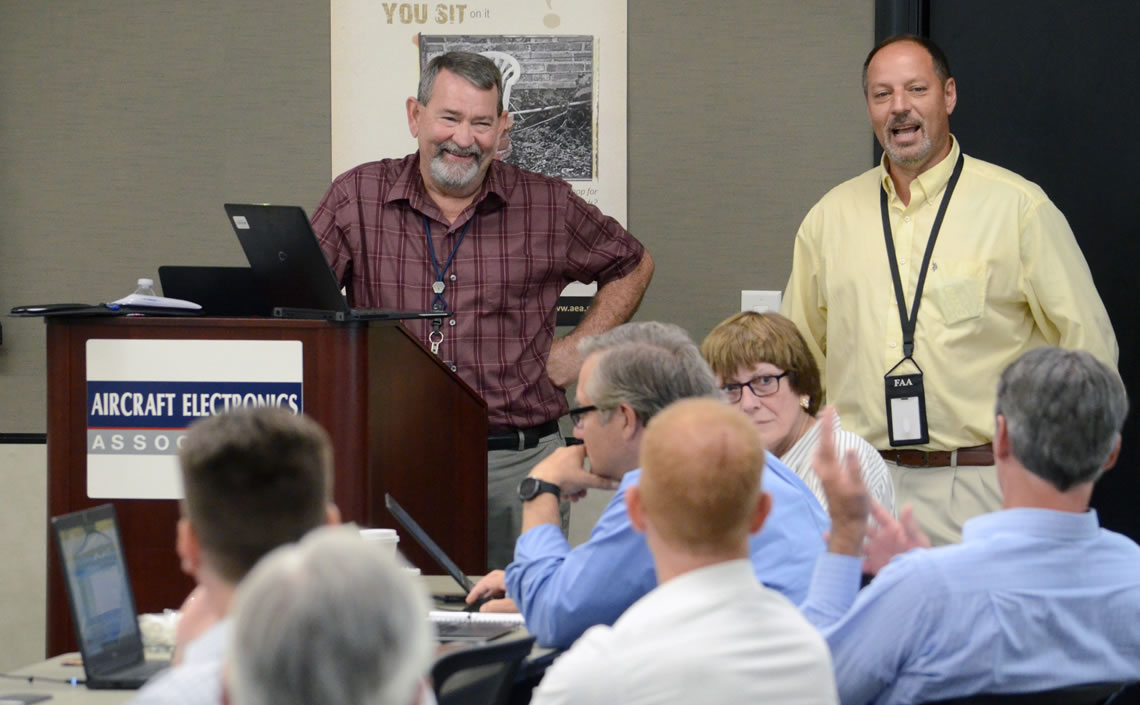 On Sept. 11-13, 2019, the Aircraft Electronics Association hosted the Aviation Rulemaking Advisory Committee that has been tasked by the Federal Aviation Administration to review and reconcile FAA repair station regulations and guidance. The meeting took place at the AEA’s international headquarters in Lee’s Summit, Missouri. Ric Peri, AEA vice president of government and industry affairs, is the co-chairman of this working group along with Sarah MacLeod, executive director of the Aeronautical Repair Station Association.

The Part 145 ARAC working group is examining all internal and external guidance material related to 14 CFR Part 145, and it will recommend improvements to ensure all guidance documents:

The working group will deliver its preliminary report no later than Dec.11, 2020 – 24 months after its first meeting that took place in December 2018 – and its final report no more than 12 months after that report has been accepted by the FAA. Members of the working group also participate in monthly conference calls and meet face-to-face twice yearly.